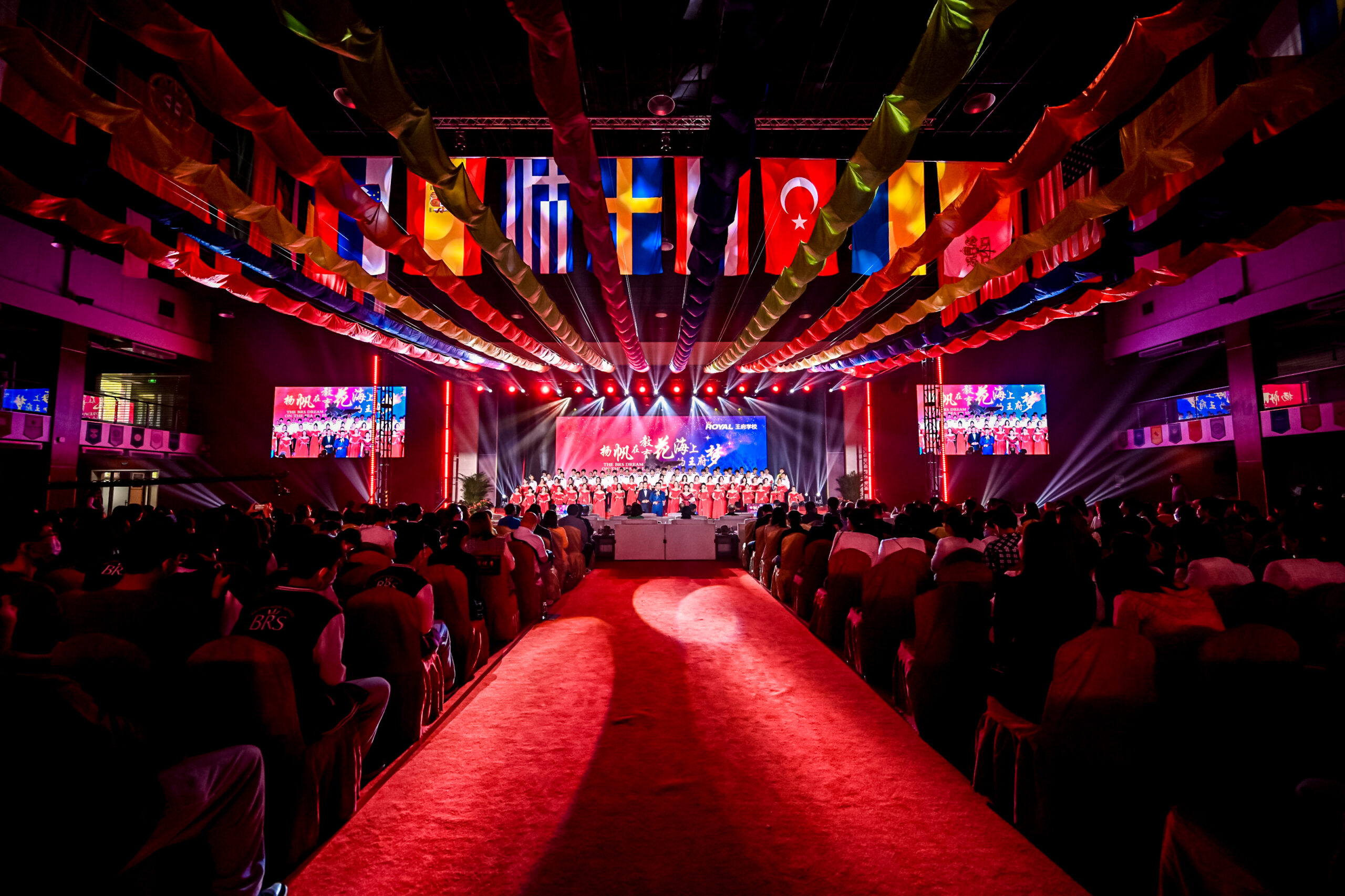 The highly-anticipated 25th anniversary of Beijing Royal School was celebrated with an impeccable ceremony themed ‘The BRS Dream Sails High on the Sea of Education’ on September 28. Everyone was in the highest spirits, welcoming our distinguished leaders, guests, and parents to be part of the celebration. Students and staff also attended the ceremony with great enthusiasm.

Our distinguished guests, Ms. Liu Yang, former Vice Minister of the Ministry of Justice, Deputy Secretary of the Party Group and Executive Vice President of the China Law Society, and Mr. Chen Yunlong, Deputy Director of the Institute for Curriculum and Textbook and the National Center for School Curriculum and Textbook Development, expressed their appreciation for the opportunity to be a part of this celebration, congratulated our school on its 25th anniversary, and offered well-wishes as BRS embarks on the next chapter of its future development. Also offering words of congratulations via video were leaders from domestic and overseas institutions, our alumni and parents. 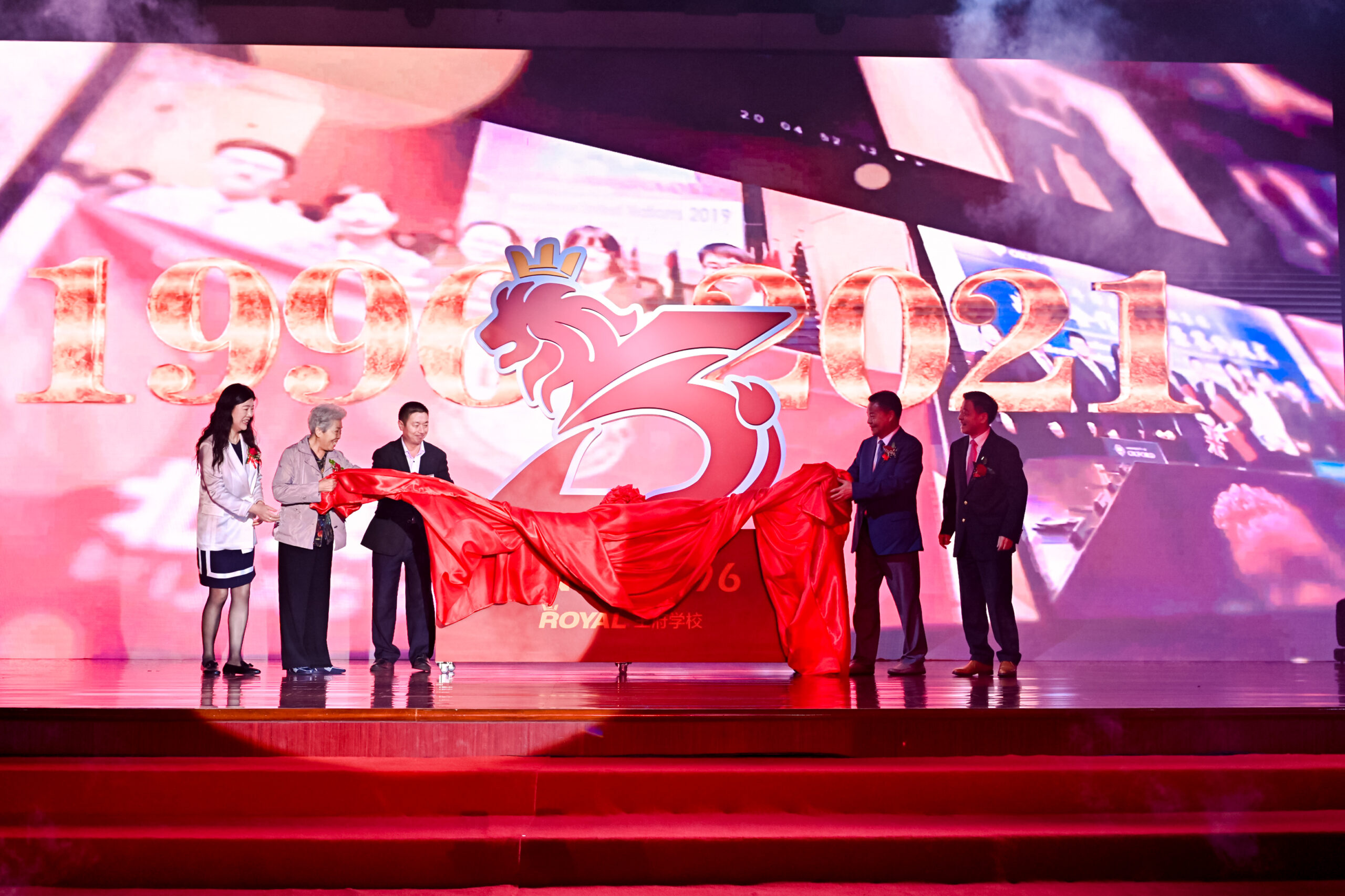 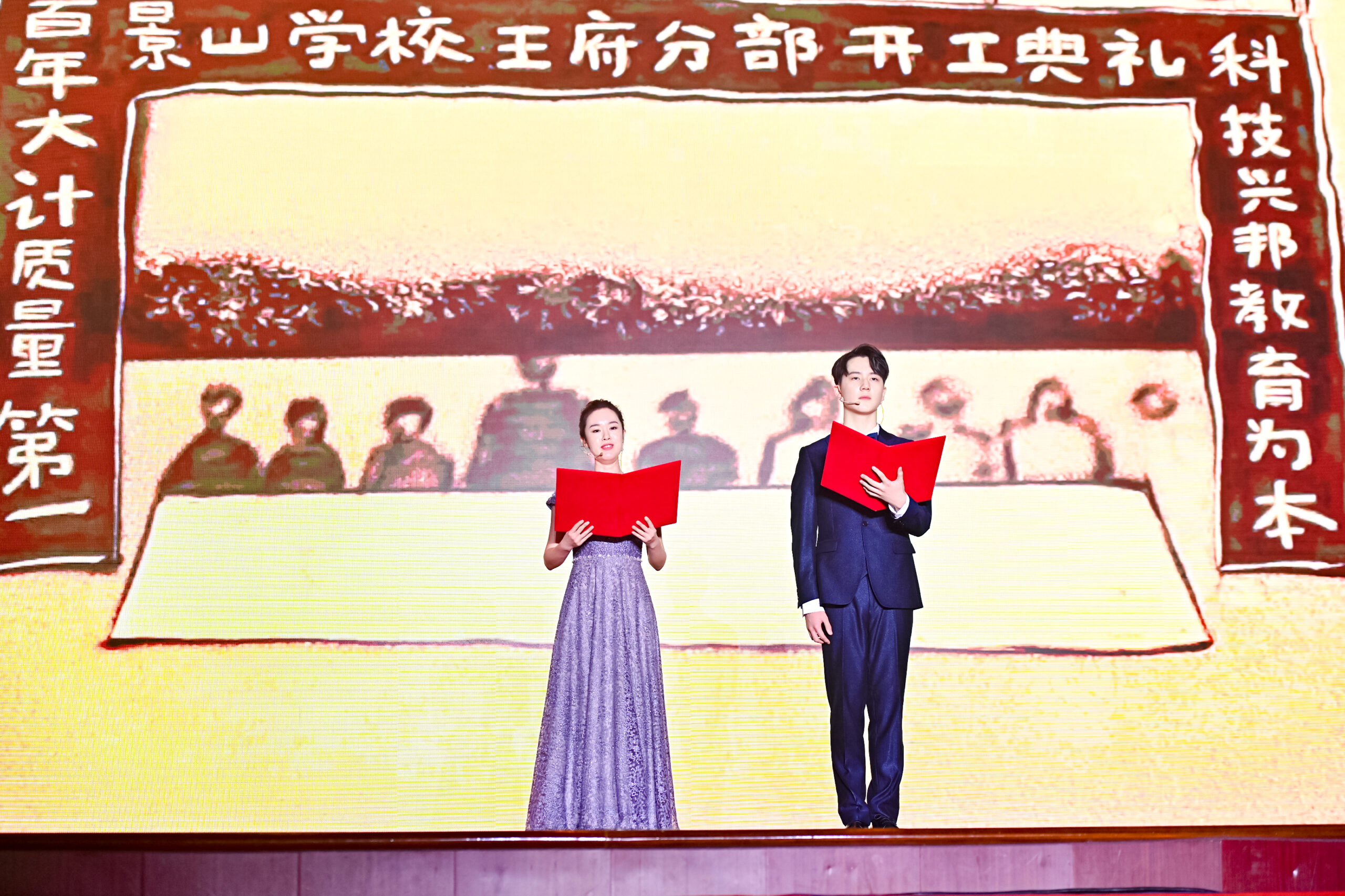 The 25th anniversary logo was unveiled, the creativity of which inspired and impressed everyone. Donated by the BRS Alumni Association, the logo is in Chinese red, with the number ‘25’ as the base model, supplemented by the Royalion mascot, the Royal Crown logo and other elements of design. The logo represents the deep love of the BRS alumni for their alma mater, and is also a reflection of BRS’s philosophy of “Fuse Chinese & Western Approaches”. An integral part of anniversary celebrations and a wonderful feast for the eyes, the sand painting performance of the history and development of Beijing Royal School was enchanting. 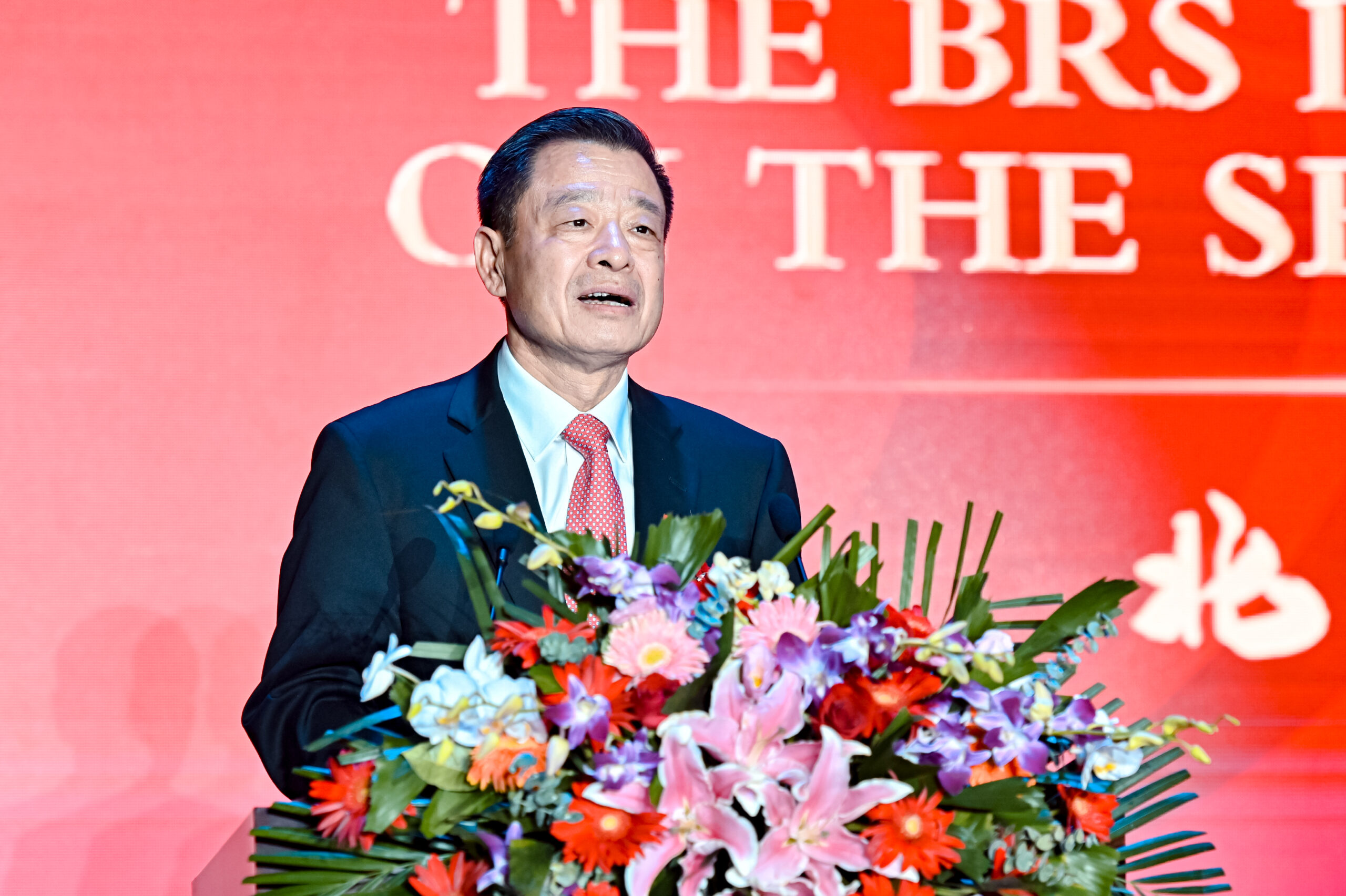 The ceremony closed with a speech from our Chief Principal Mr. Wang Guangfa, who extended the warmest welcome and sincerest thanks to our distinguished guests and shared excitement and gratitude with our students, their parents and teachers. He shared the 25-year history of Beijing Royal School with deep affection, and confirmed that Beijing Royal School, with 25 years of development and dedication, has established a standard of talent cultivation that is in line with international standards; it has accumulated precious spiritual assets – international perspective, integration and innovation, law awareness, sense of responsibility – which have become the inexhaustible driving force for the school’s enduring prosperity; it has explored a path for international education that integrates Chinese and Western education approaches, leading the innovation and reform of international education in China.

Standing at the starting point of a new chapter, Principal Wang Guangfa also put forward direction for future development, which is to continue to firmly implement the education policies of the Party and the country; continue to draw on domestic and international resources and provide our students with the best possible education; continue to offer teaching help to remote areas and improve education equality via our satellite distance technology, and will live up to the high expectations of the society. Principal Wang Guangfa also shared his recent honorary title of Beijing Model and expressed that Beijing Royal School will strive to forge ahead with a stronger sense of responsibility and pioneering spirit. 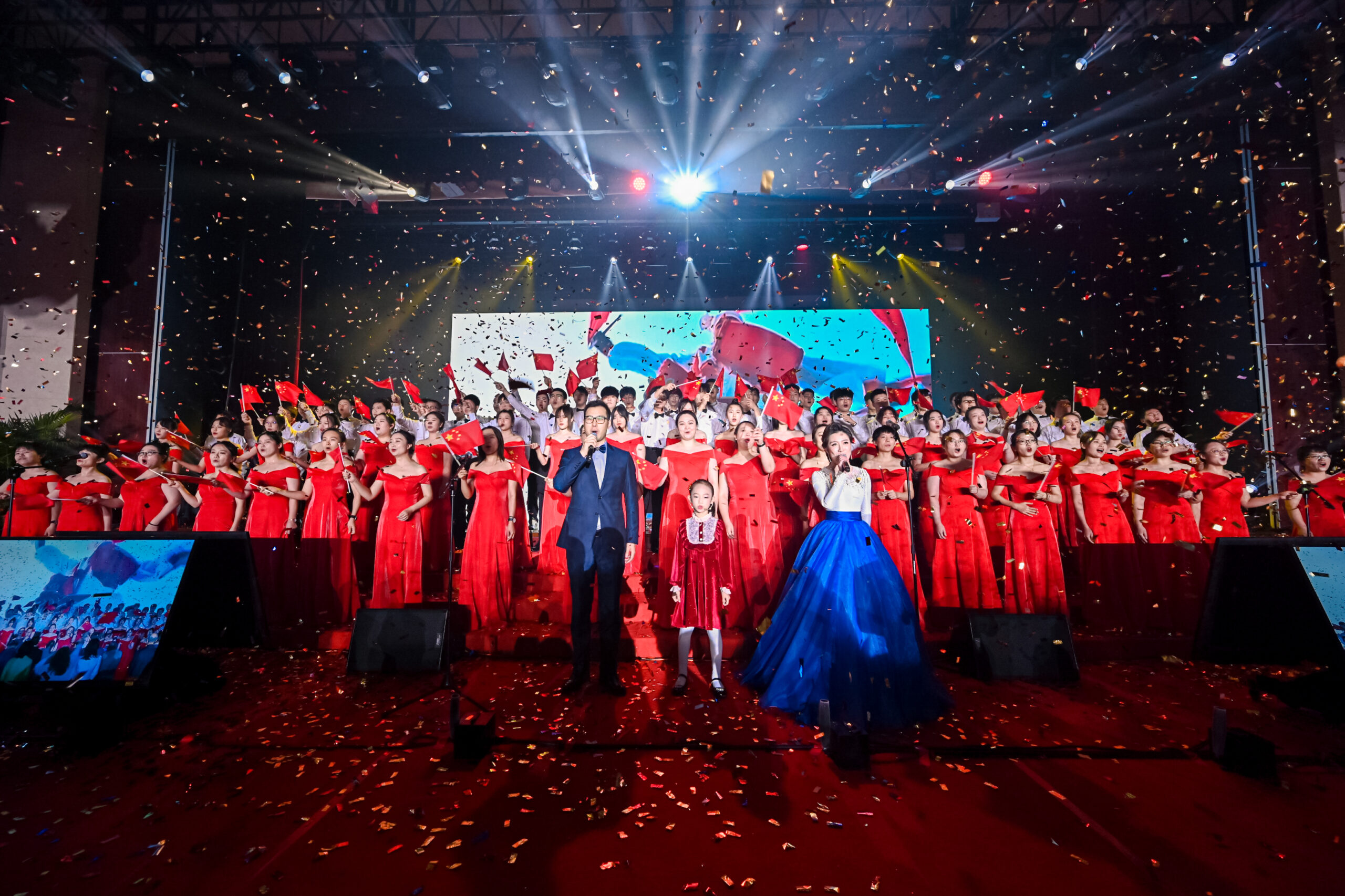 All the participants in attendance also sang the song named ‘Me and My Country’ with great enthusiasm and pride, wishing China enduring prosperity on the upcoming National Day.

Over the past twenty-five years, from 1996 to 2021, BRS has witnessed amazing achievements by people who have pursued their dreams. The 25th anniversary marks the success of Beijing Royal School’s commitment to its founding aspirations for education. Thanks to the 25 years of commitment and dedication to education, BRS graduates develop global perspectives, an understanding of Chinese and western cultures, core competence, and patriotic spirits. They are now flourishing in every part of the world and someday soon will be inspiring leaders China needs as scientists, politicians, business leaders, teachers and researchers. 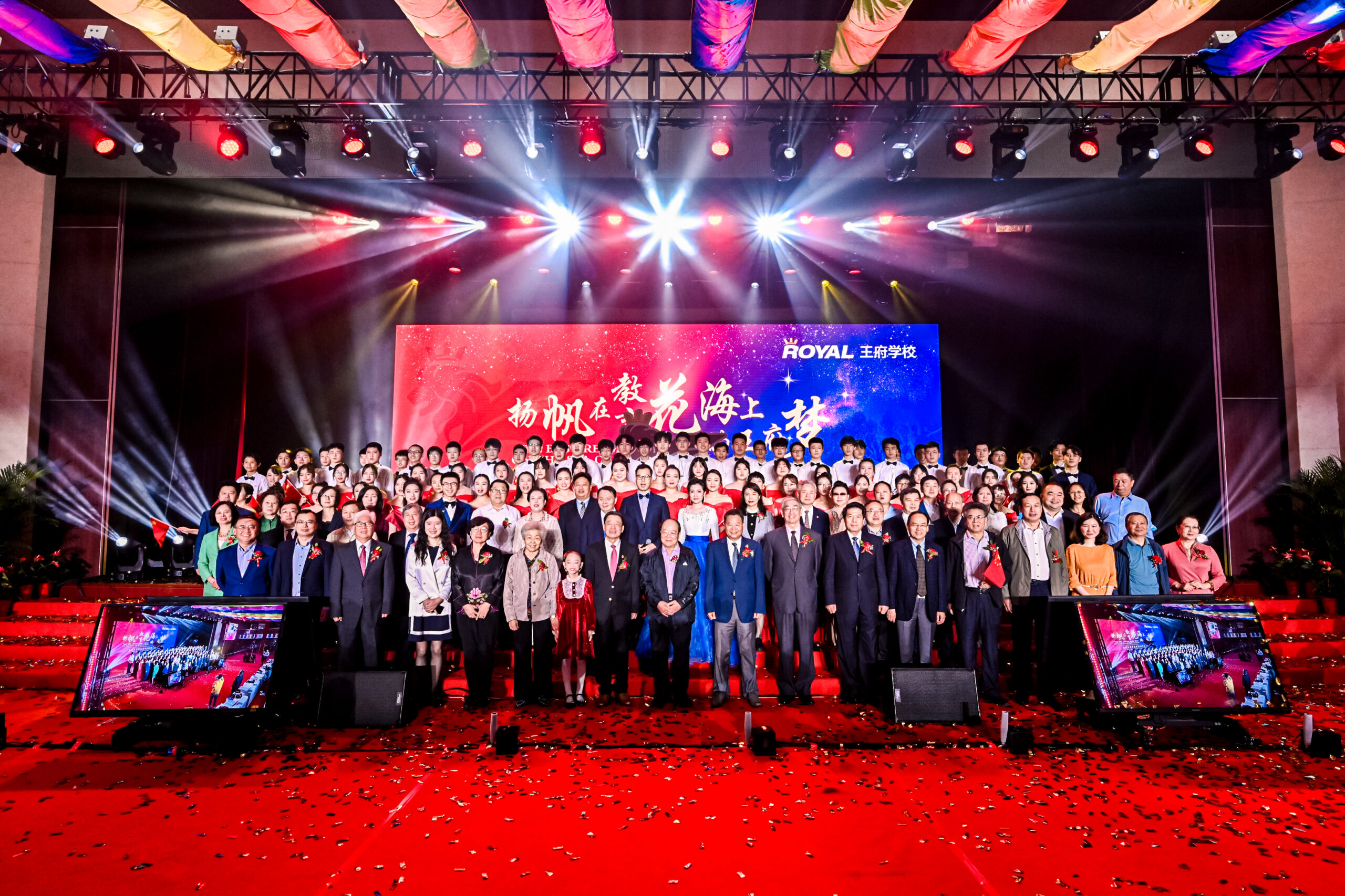 On our 25th anniversary, let’s celebrate our past, and look forward to the future. We believe that through opening doors, reforming and innovating, cooperating and drawing on domestic and international resources, we can achieve even greater success in our future development!