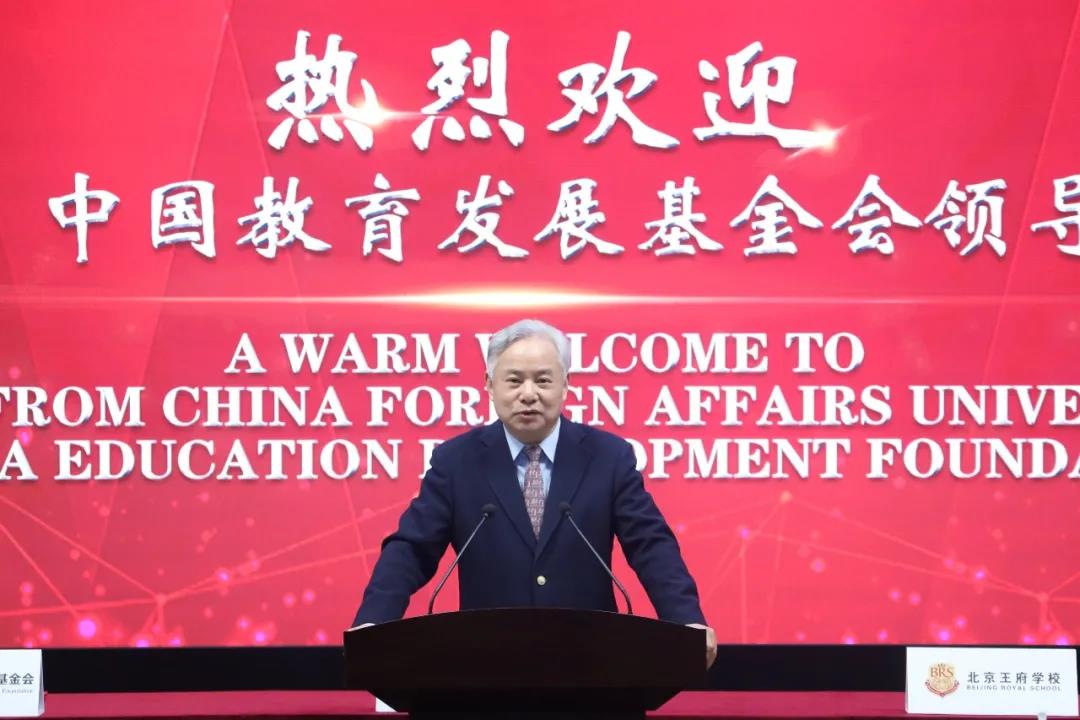 On December 2nd, 2021, Beijing Royal School welcomed leaders from China Education Development Foundation and China Foreign Affairs University to our campus for a strategic cooperation and donation signing ceremony. Chief Supervisor of Beijing Royal Campus, Mr. Cen Jianjun, the former Minister Counselor of Education for the Embassy of China in the United States, addressed the attendees with a welcome speech. He said that the cooperation will lay a solid foundation for practicing an innovative collaboration model of school, family and society, deepening the teaching reform of BRS, broadening the international vision of our students, and cultivating international talents with a sense of social responsibility and patriotic spirit. 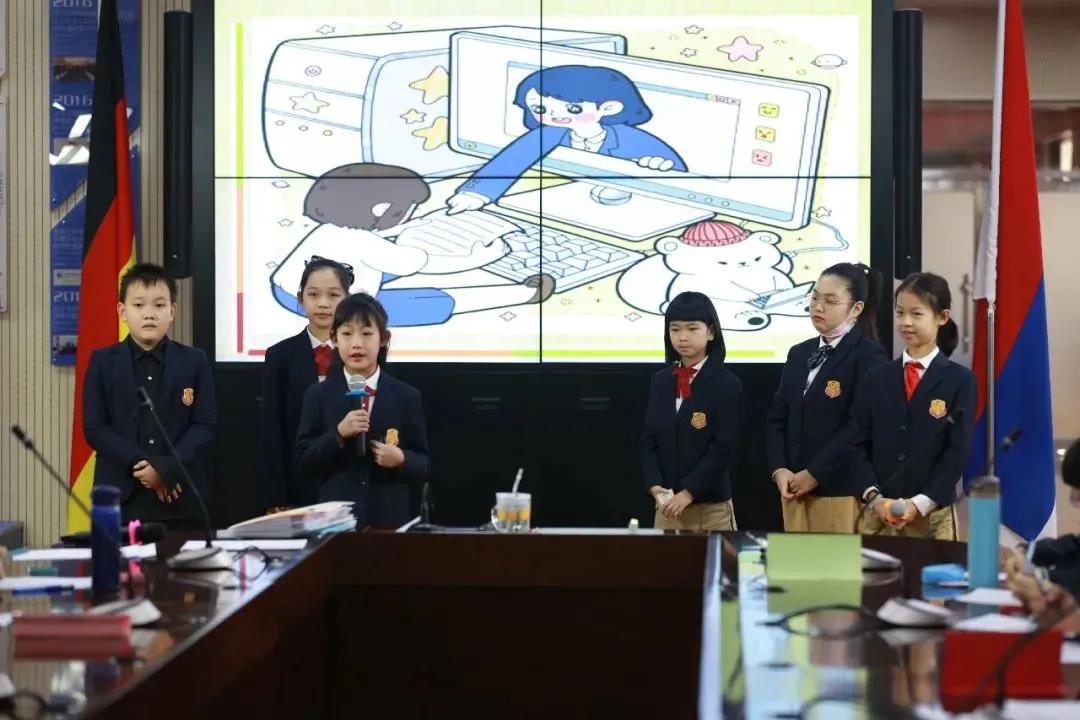 The ceremony held a presentation via video of the achievements of the Young Diplomats Program since its inception at BRS. BRS has launched the Young Diplomats program, designed to cultivate our student’s versatility in the following disciplines: effective communication in multiple languages, critical thinking, keeping abreast of international hotspot issues, maintaining an inclusive mindset for understanding cultural differences, and successfully navigating in different linguistic and cultural environments, and has finished the construction of an integrated school-wide cultivation system of young diplomats for primary, junior and senior high students. 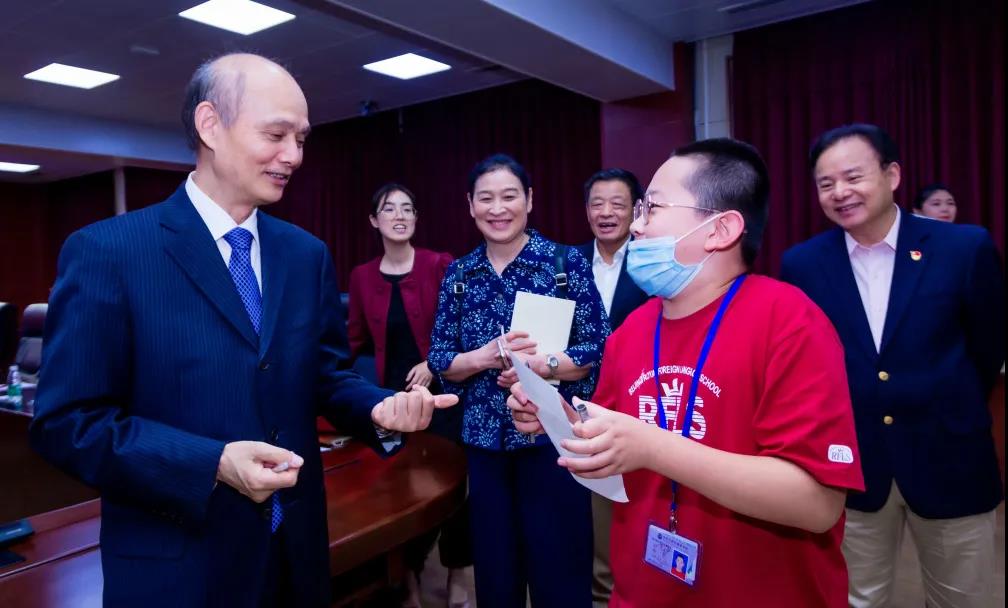 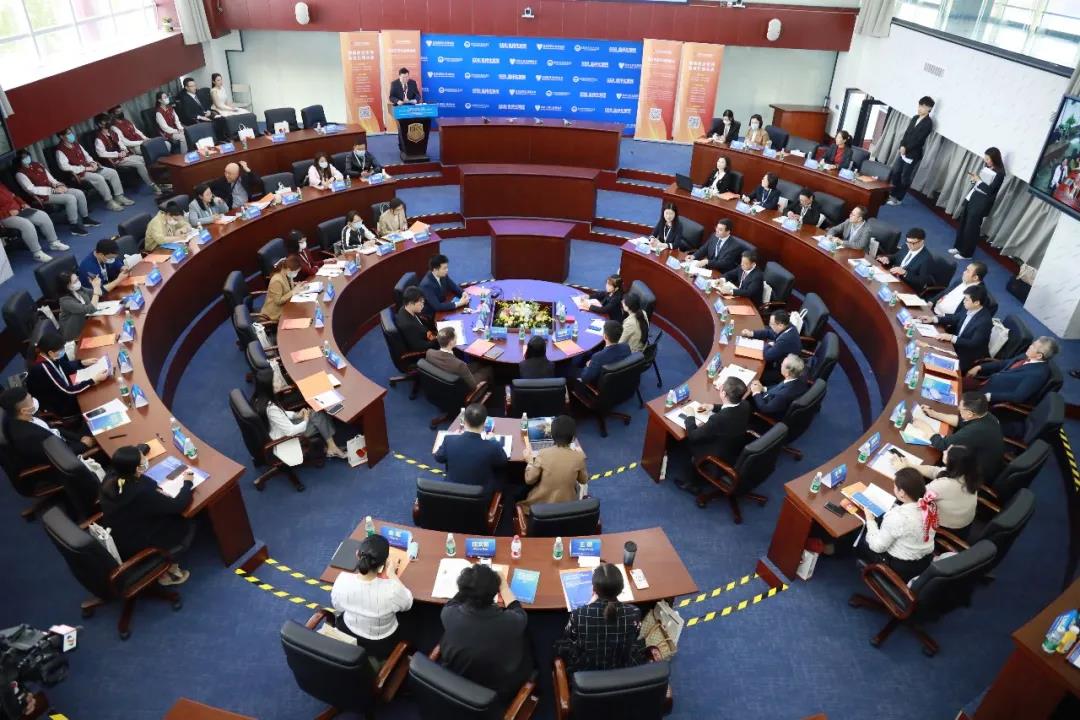 The school has strengthened education for international understanding by inviting diplomats on campus to give lectures, hiring senior diplomats to preside over student development and cultivation, as well as organizing various campus activities such as international events and debate competitions. 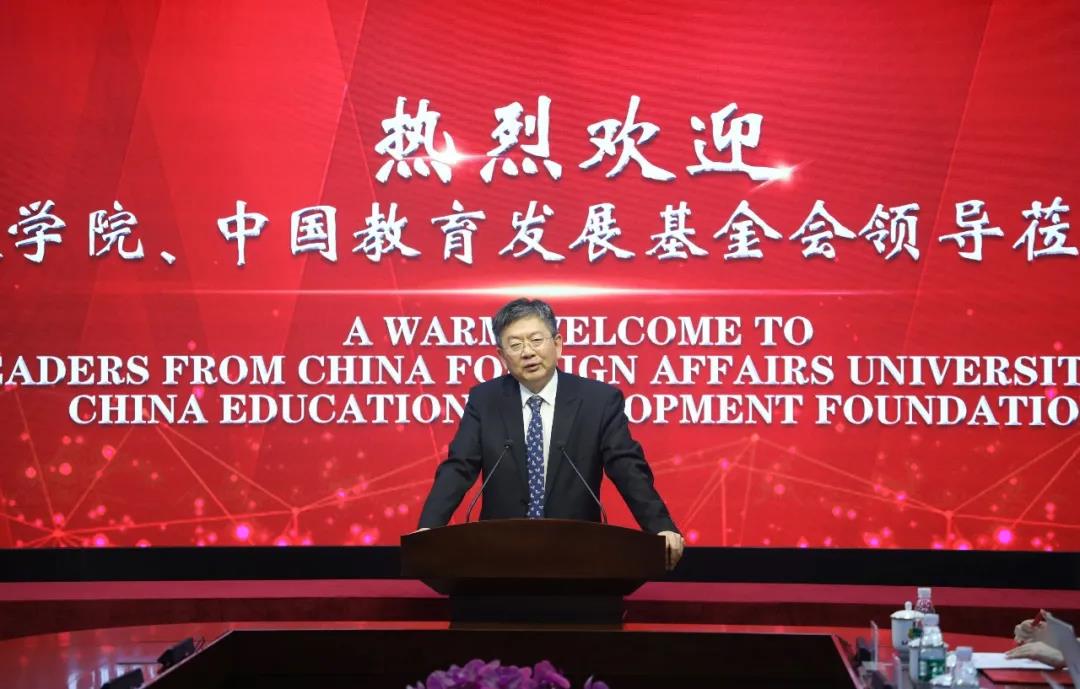 Mr. Xu Jian, President and Deputy Secretary of CPC Committee of China Foreign Affairs University, said that Beijing Royal School, as a landmark of Sino-foreign cooperative schools, has been a pacesetter in international education for Chinese youth. President Xu Jian gave a comprehensive introduction to the philosophy and history of talent cultivation at China Foreign Affairs University and said that the school will make the best use of the donation funds from Beijing Royal School, and establish the BRS Scholarship Program to sponsor exemplary students and young teachers for studying in top-tier overseas universities and research institutions, and will also cooperate with BRS on programs such as Young Diplomats Program to cultivate more outstanding diplomatic talents for the country. 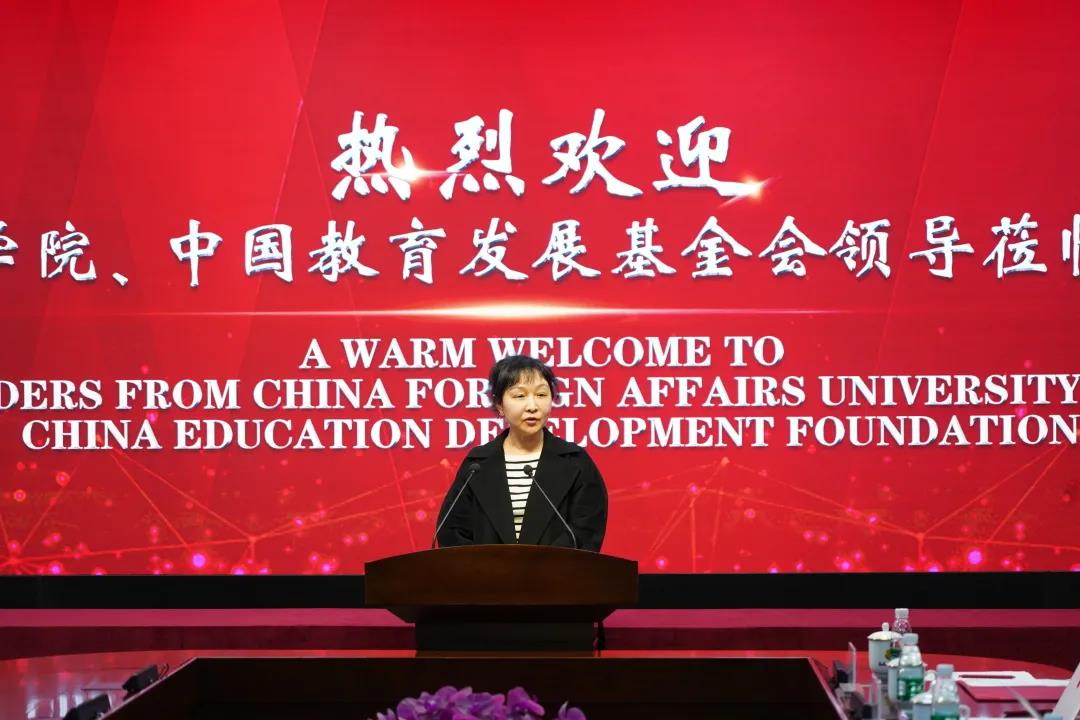 Ms. Wang Rui, Director of China Education Development Foundation congratulated BRS for its achievements in the field of mobile teaching in recent years with the goal of building a smart campus, and thanked BRS for its donation and China Foreign Affairs University for its hard work in cultivating diplomatic talents. She said that China Education Development Foundation and China Foreign Affairs University have a long history of cooperation, especially the Foundation which also undertakes the responsibility of audit work of fiscal ratio. She expressed her hope that the donation from BRS would be used to help China Foreign Affairs University cultivate more outstanding diplomatic talents for the diplomatic careers of the country. 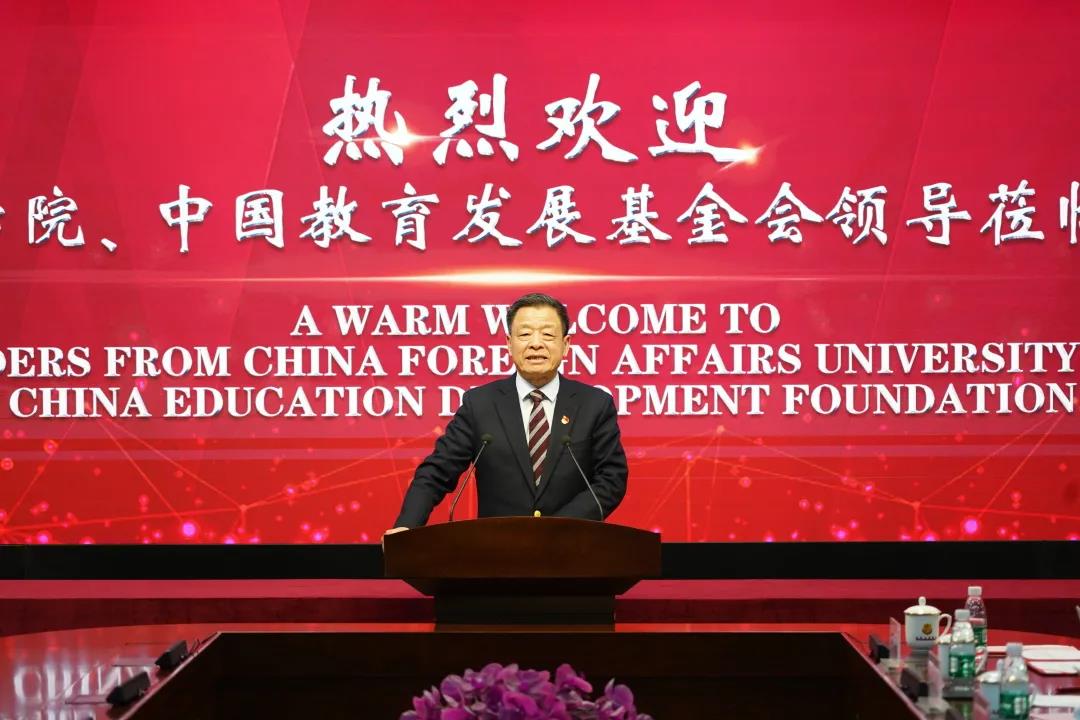 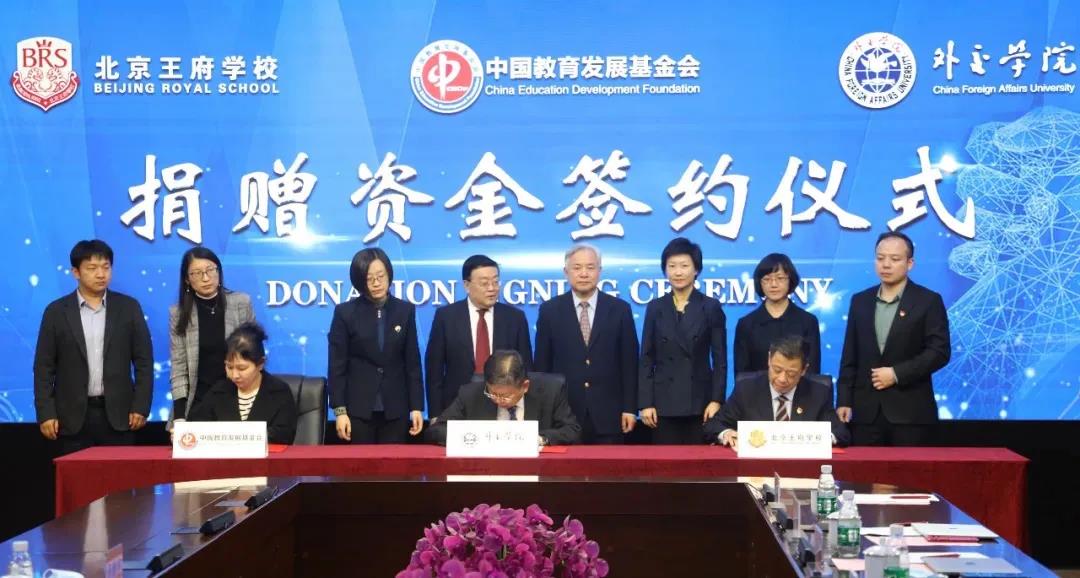 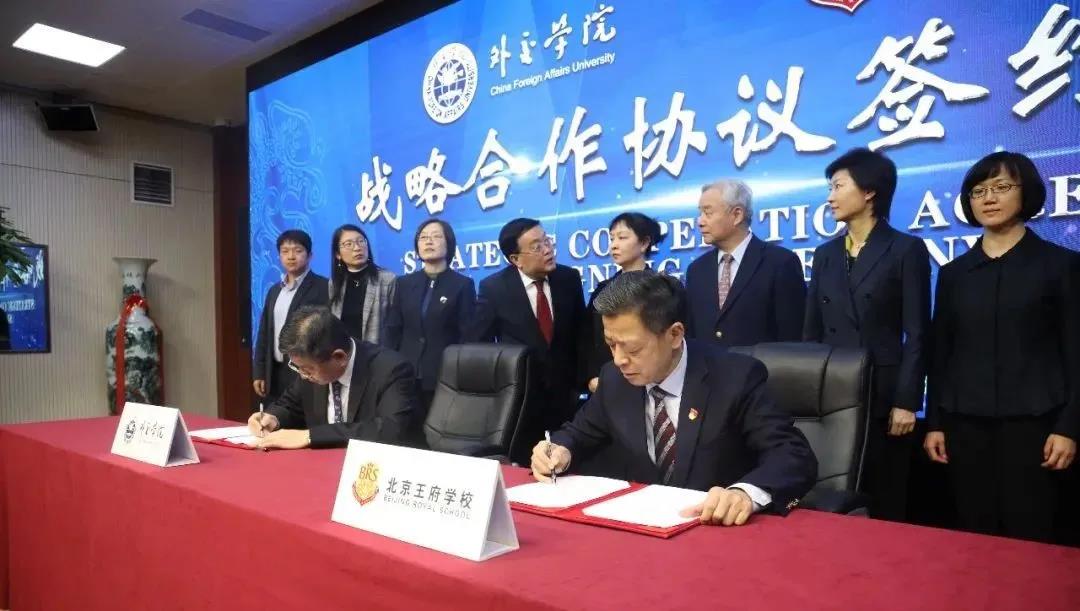 The event was a resounding success with a strategic cooperation agreement between BRS and China Foreign Affairs University and a donation agreement of the three parties was reached at the end. We are confident that the concerted efforts of the three parties will better promote BRS to achieve its school goal, which is to prepare the students to have global vision and competence, and to prepare them to share the stories of China in the international arena.